E4LD is an art project created by The Other Theatre, selected for the 2013 season of the New York-based, non-profit organization Project for Empty Space. It consists of two parts: a series of in situ-participative-performance-installations taking place in the Spring; and a series of public outdoor film screenings taking place in the Fall – both in New York City.

E4LD is a hybrid project mixing theatre, architecture and cinema. It invites the public into an empty space, gives them mp3 players, and asks them to create a performance based on the choreographic instructions that they hear. Duos, groups and individuals move, dance, interact. During the piece, the public is filmed, creating yet another interpretation of the experience.

The piece explores the use of mp3 players as a tool for organizing territory, time and the boundaries of the body in public space. It challenges our concept of the traditional and «comfortable» dynamic of the spectator-performer relationship and at the same time, asks us to look at how architectural space influences our capacity for heroic and personal expression.

By using the mp3 players, the audio experience is transformed into both an internal and external theatrical experience. The participant -not the play or the technology- is the art.

The soundscapes heard on the mp3 players have two main components: the movement instructions (choreography) as well as music and text (the story). These components are directly inspired by the location where the installation takes place.

Previously, three versions of the project have taken place in Montreal, entitled Afterlife (2008), Spiral Jetty (2009) and Home Theatre (2011). E4LD encapsulates and extends these past experiences into a richer and more complex edition. 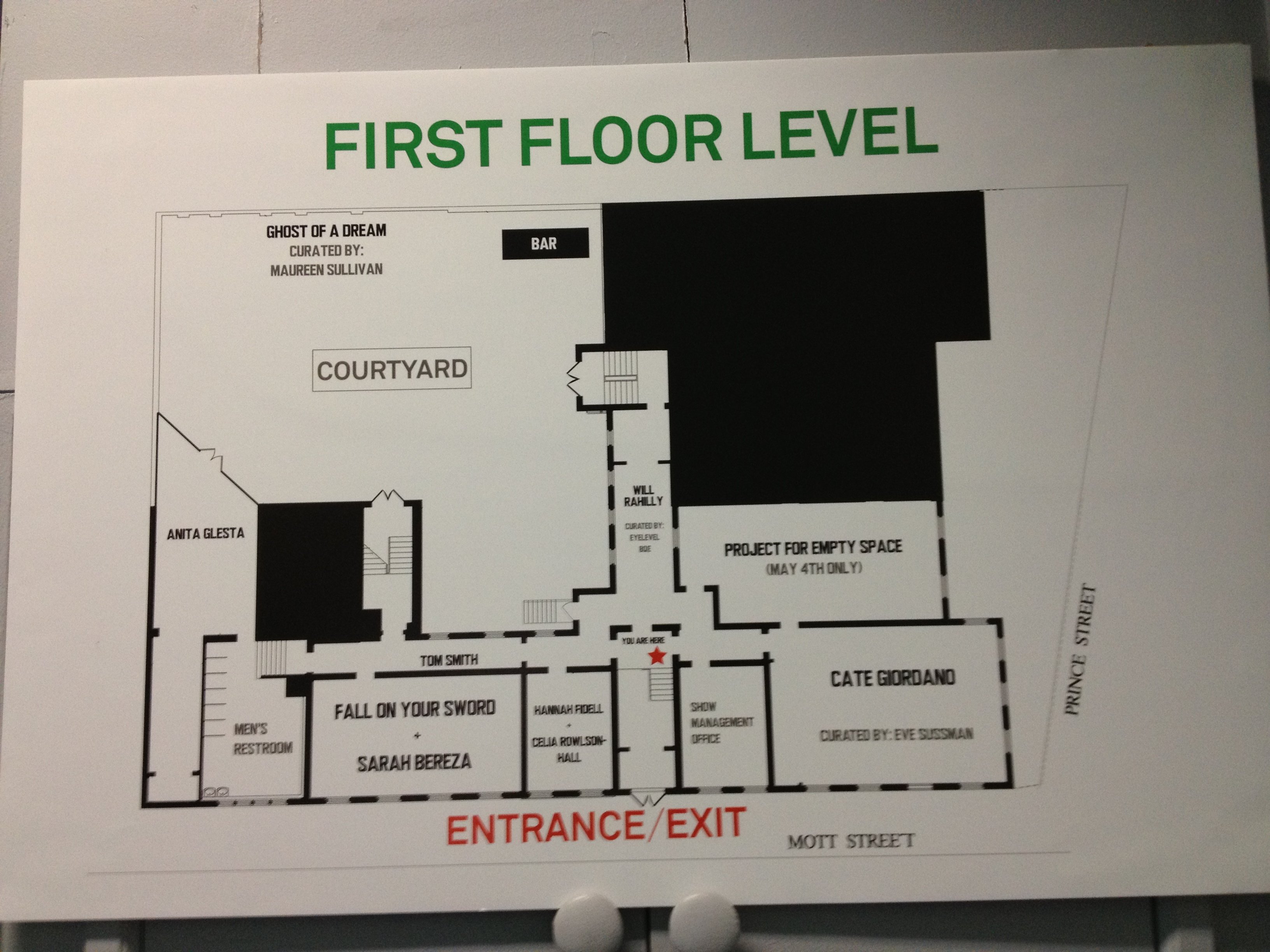 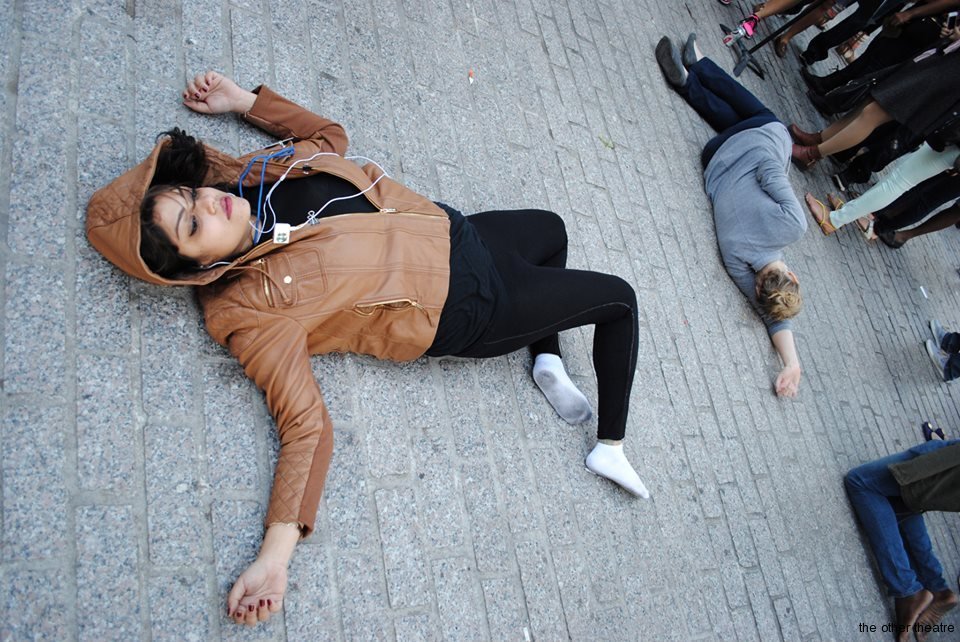 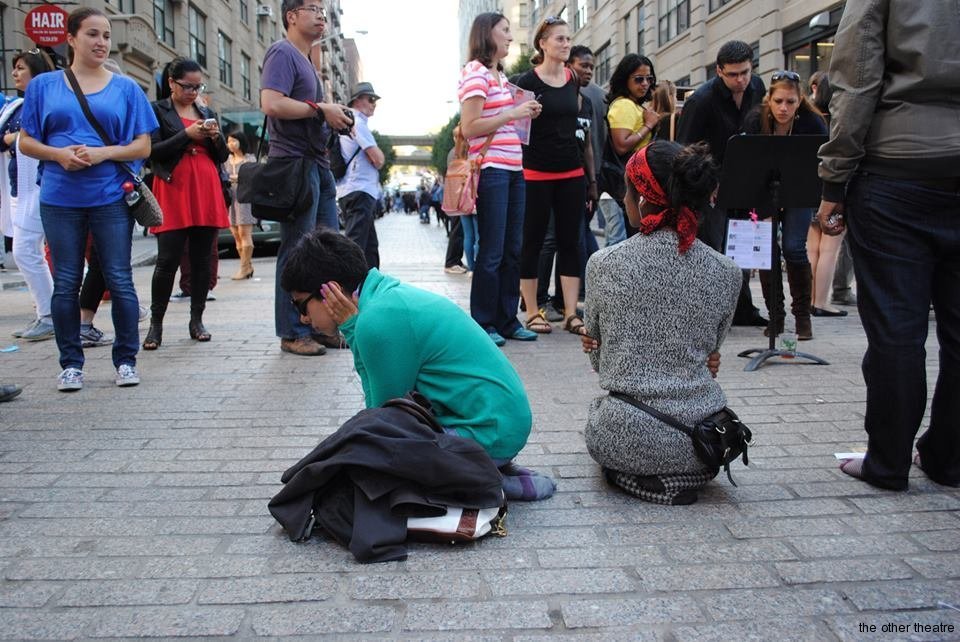 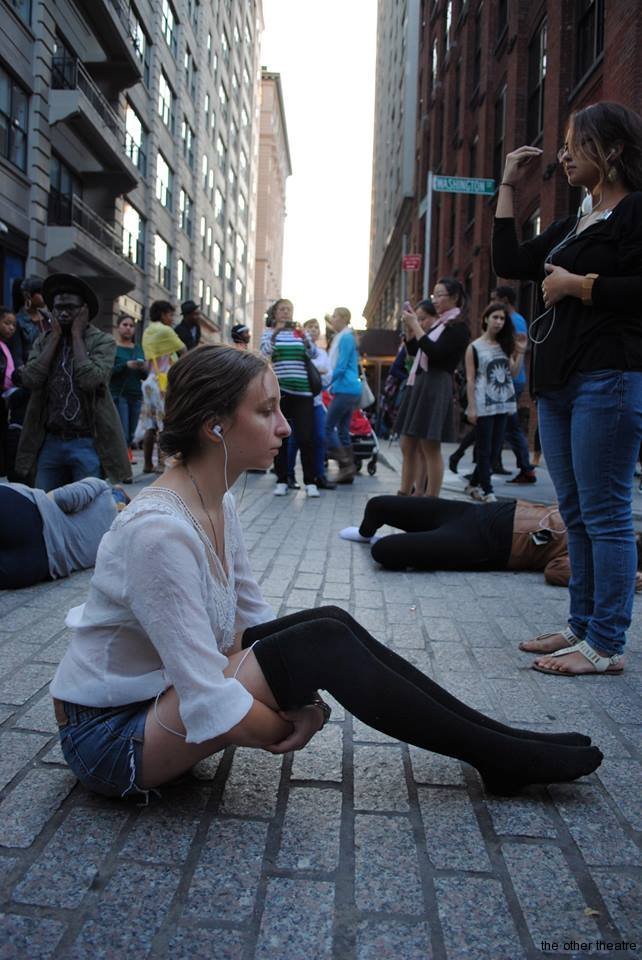 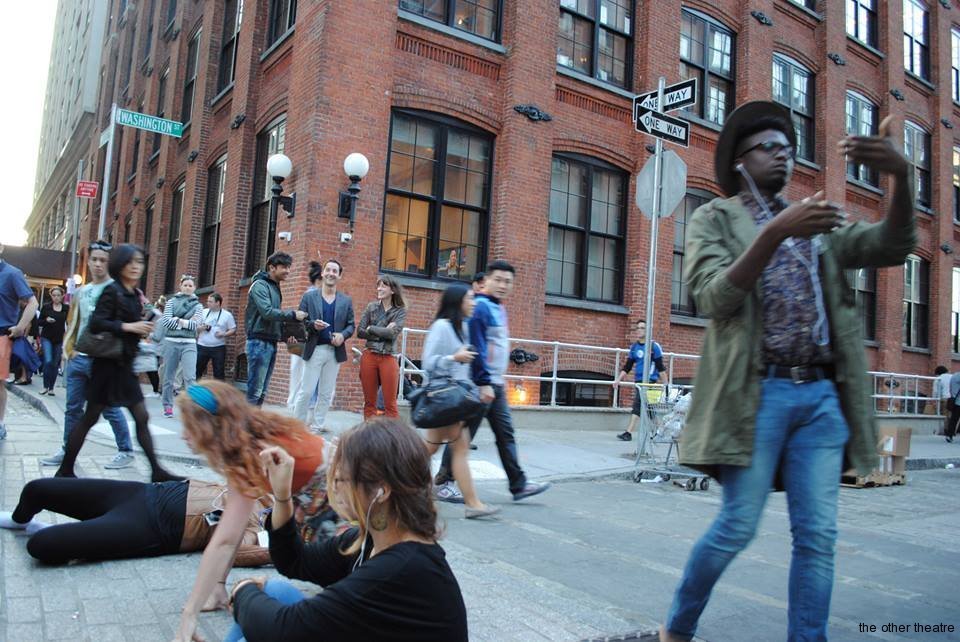 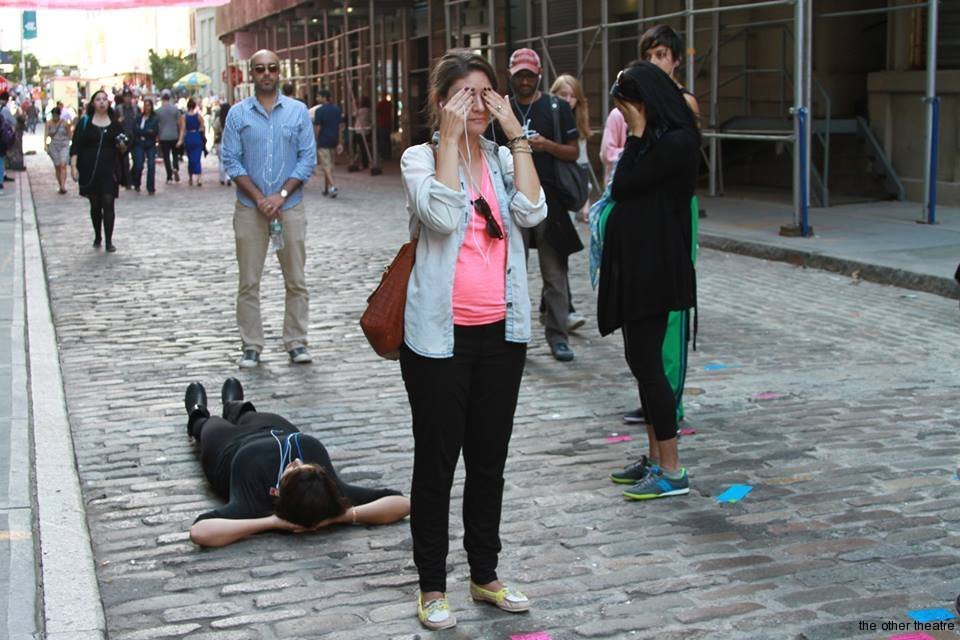 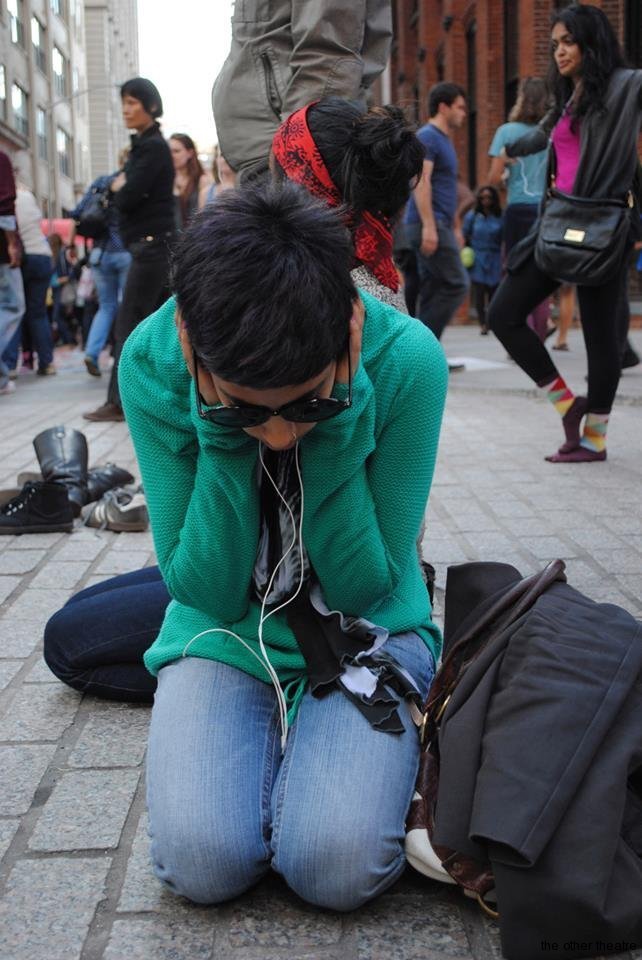 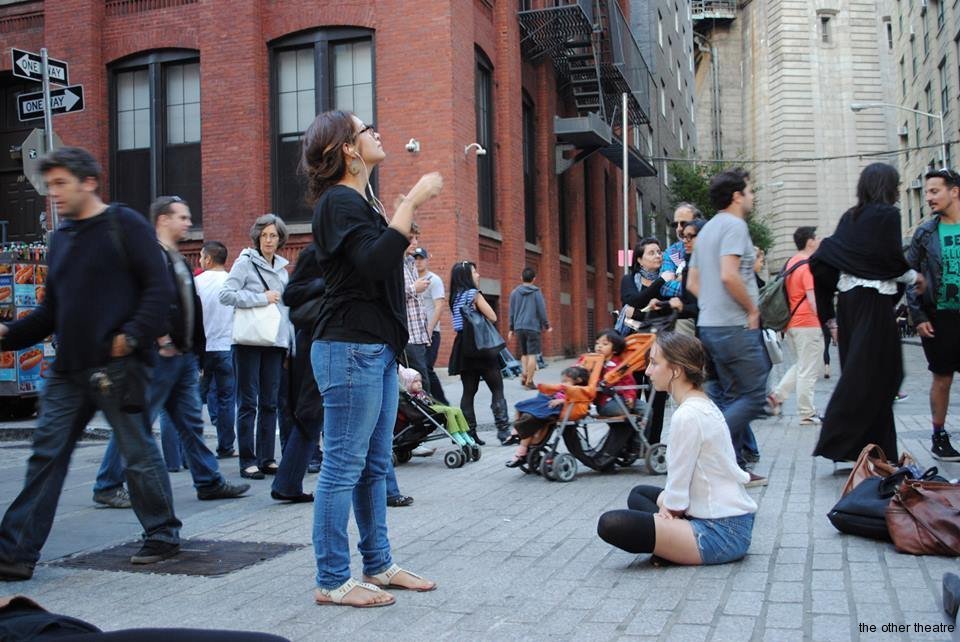 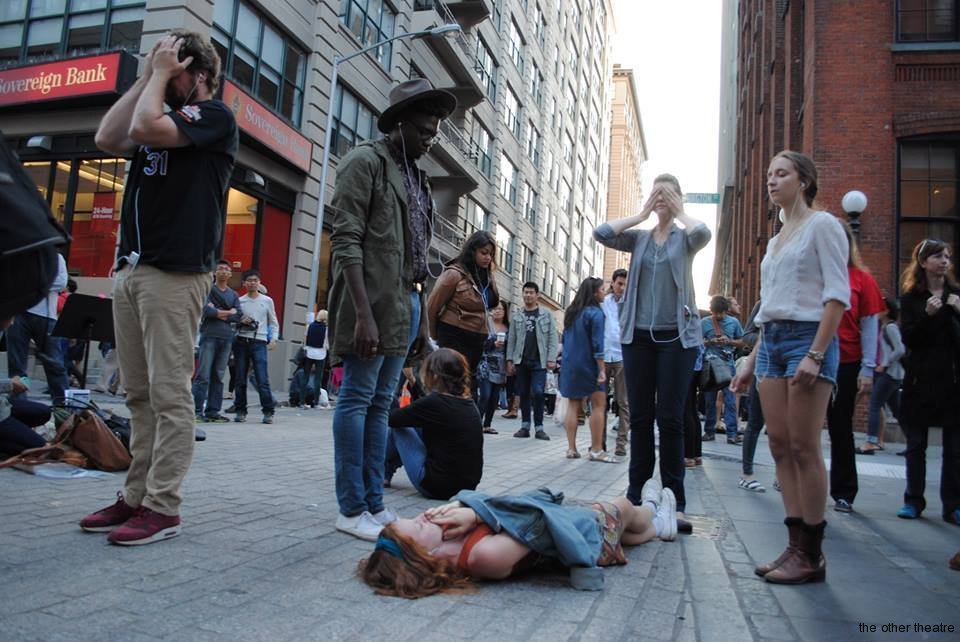 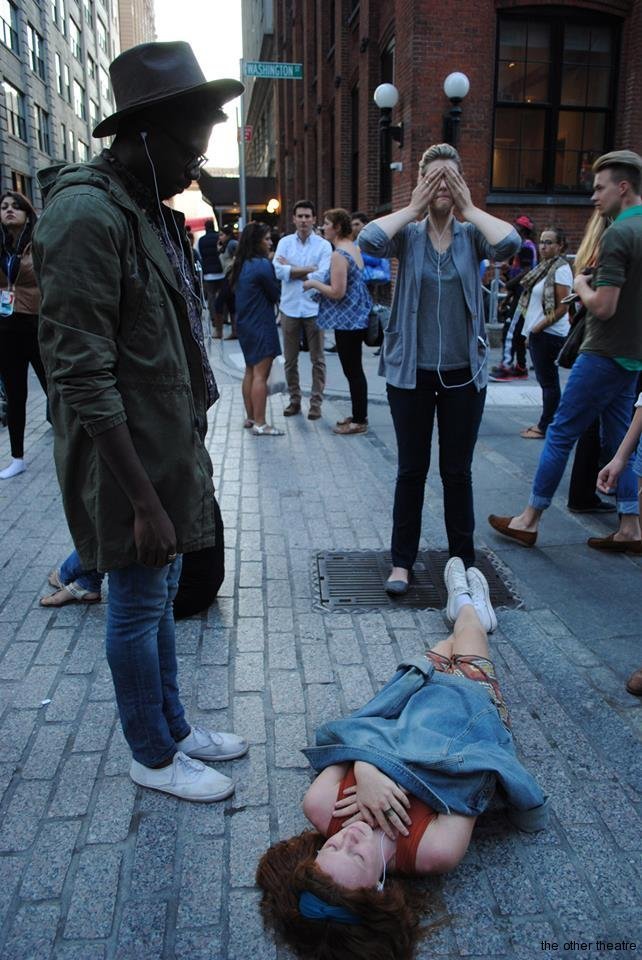 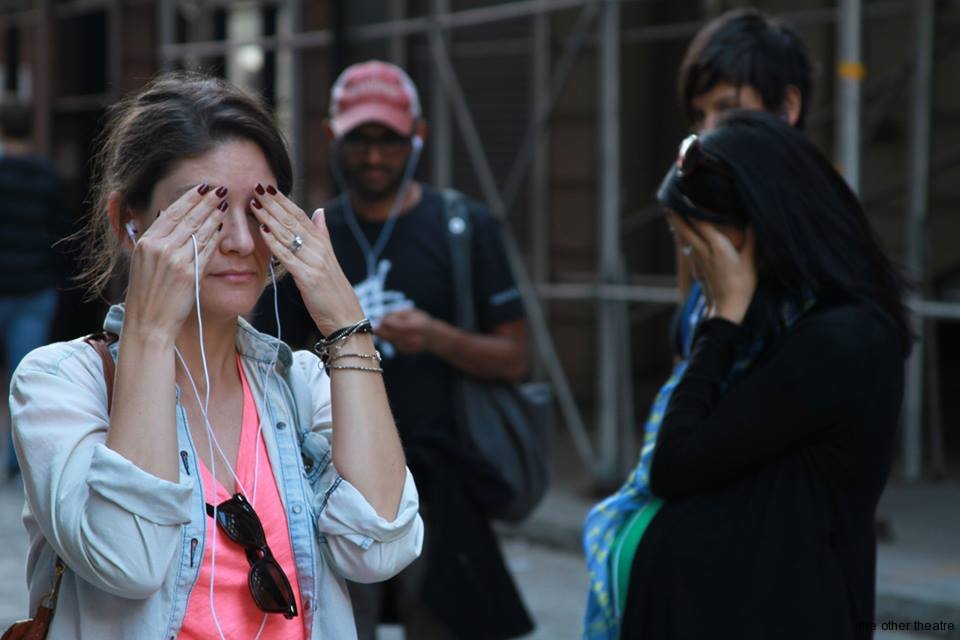 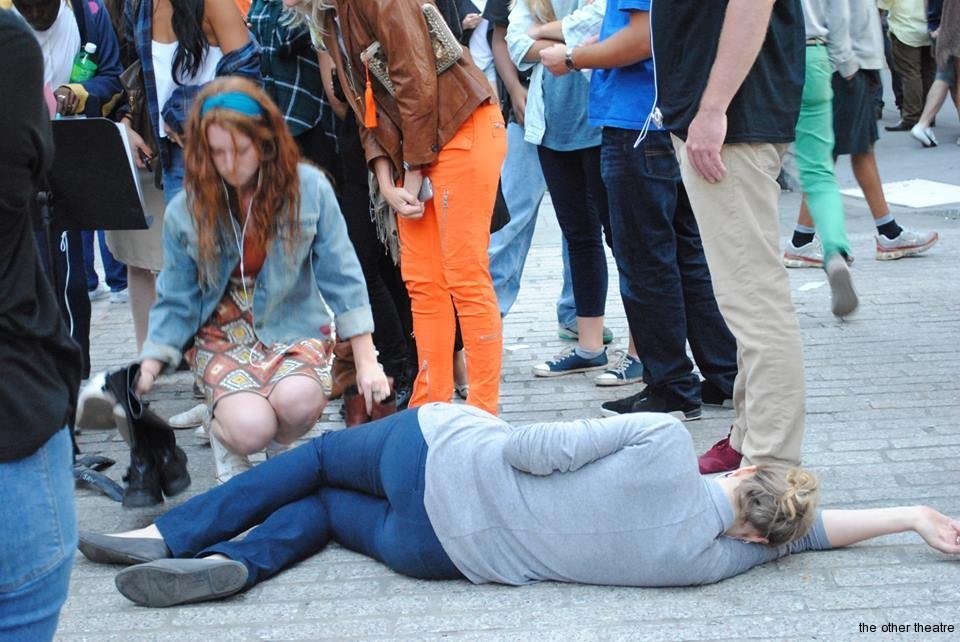 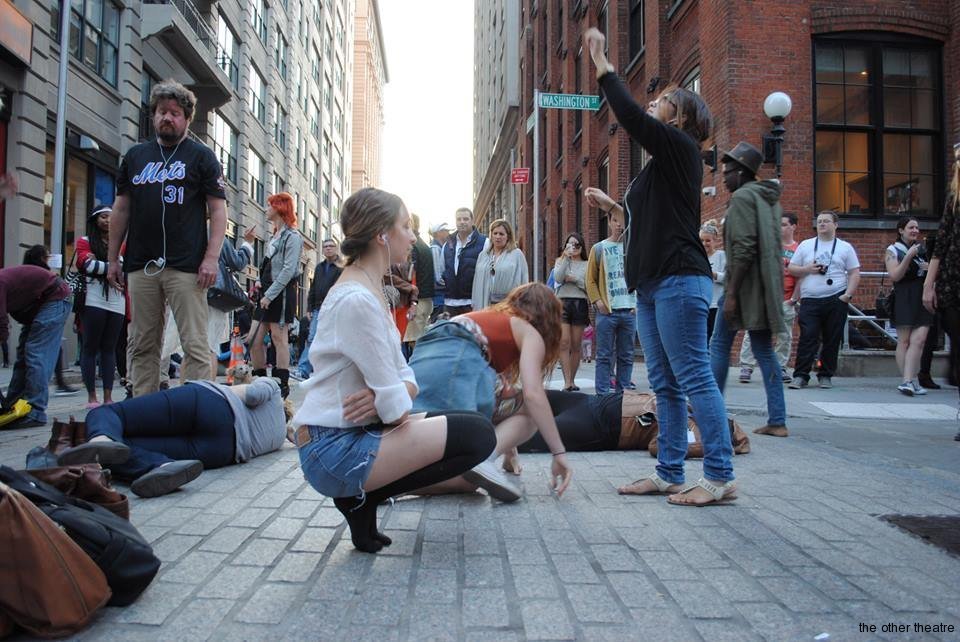 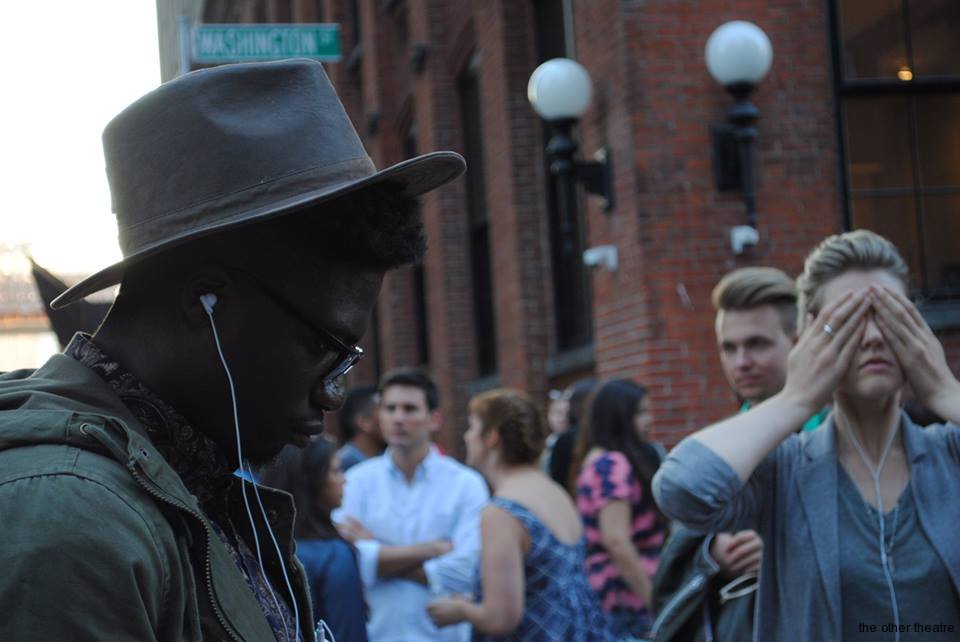 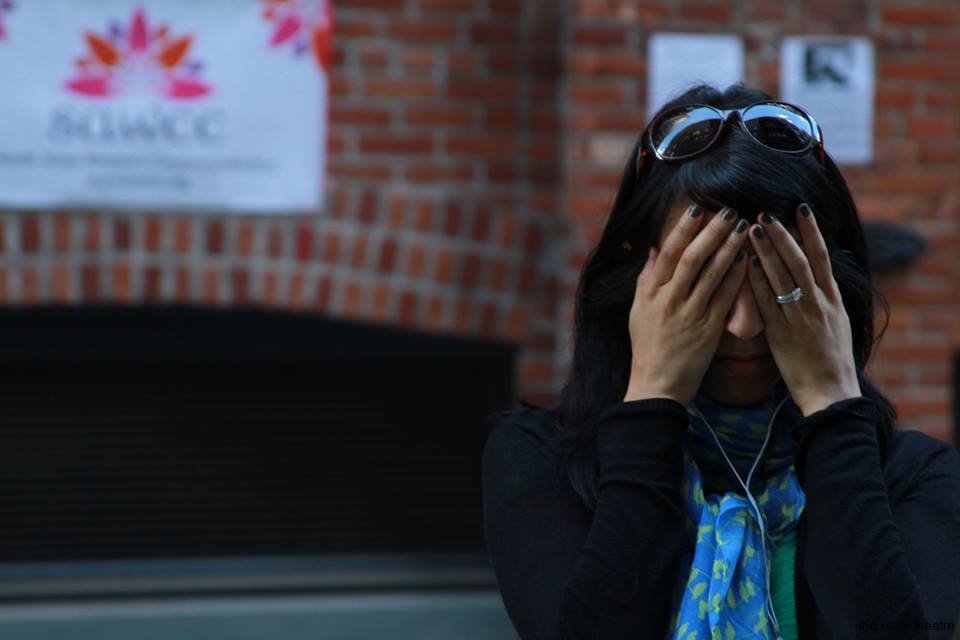 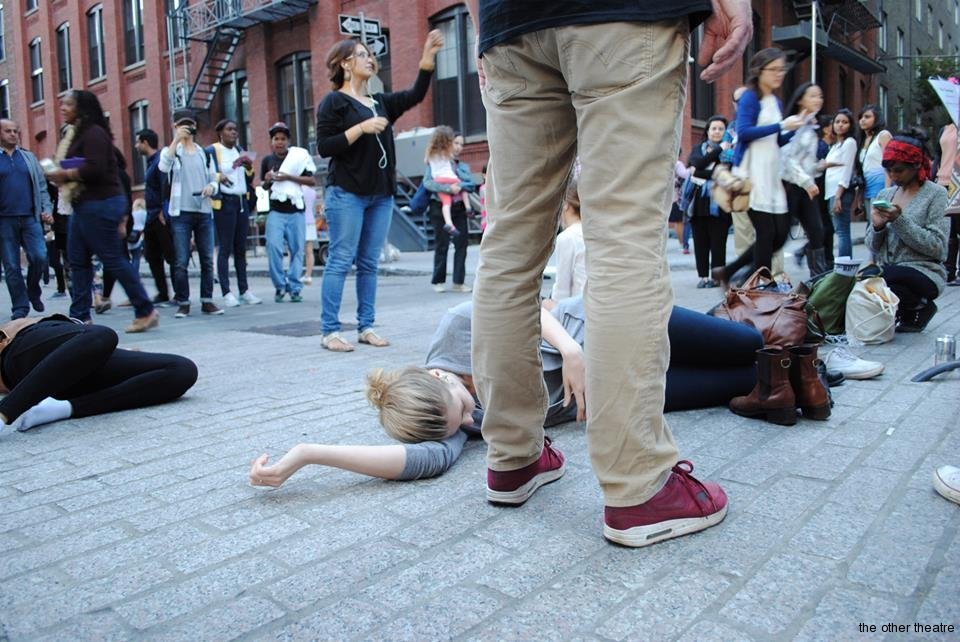 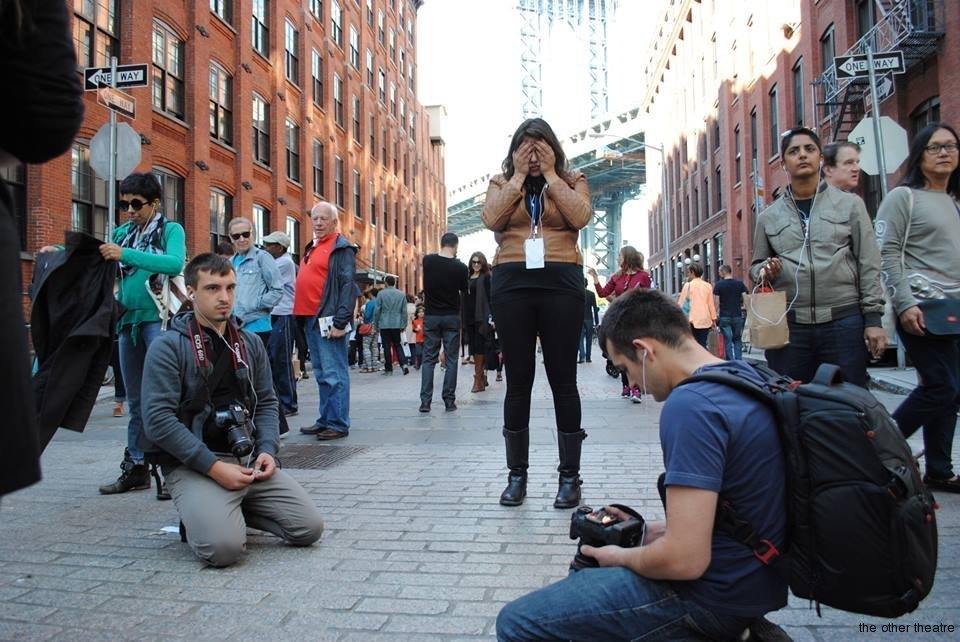 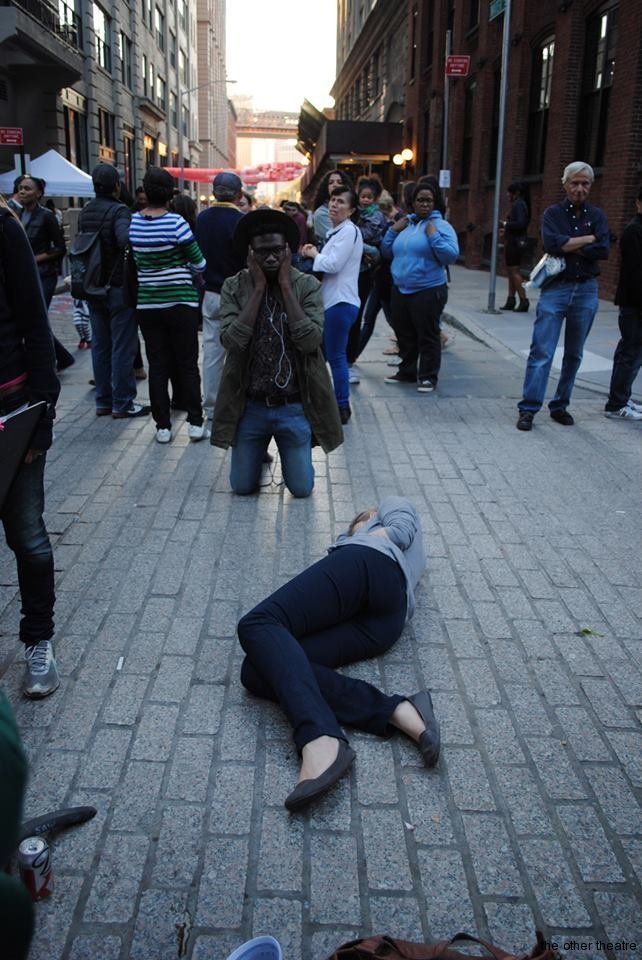 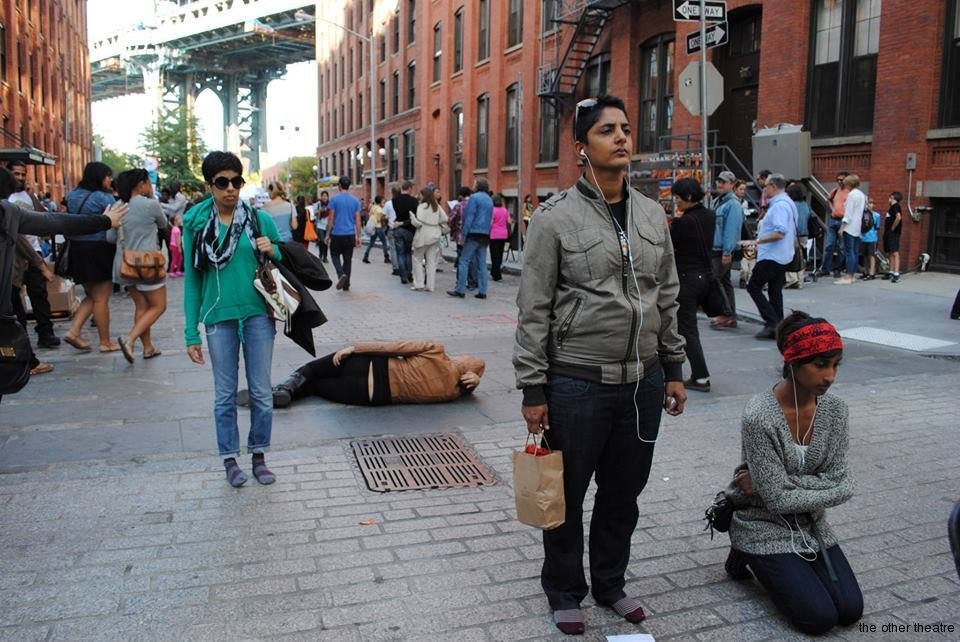 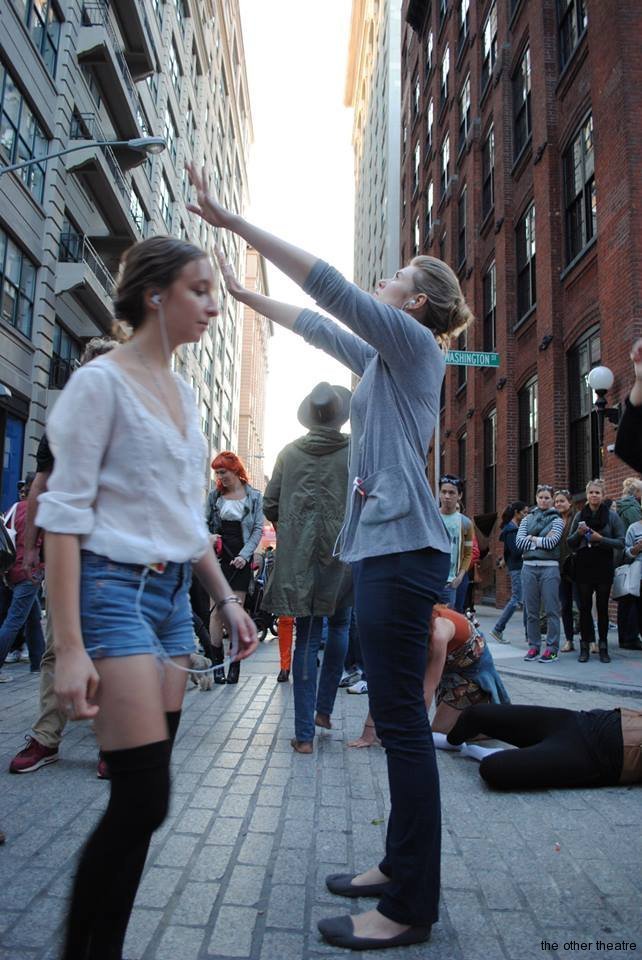 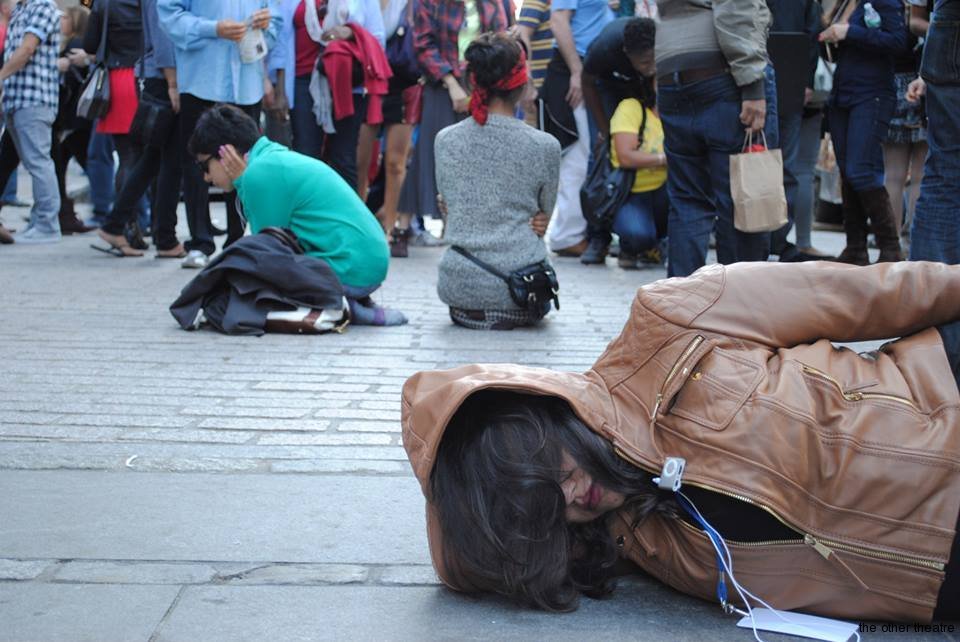